Writing historical fiction emerged from my work as an architectural historian. Always fascinated by both history and myth, I explore buildings and landscapes across Europe, the United States and South America. To capture the romance and spirit of a place in words that reveal the engaging people and ideas of past times has been my prime motivation. I find making a work of art, architecture or a garden come alive in stories is one of the most rewarding forms of entertainment.

This collection of short stories is based on the tales of women whose encounters with works of art forever change the course of their lives. Readers embark on adventures around the globe, to ancient far off places of mystical power that mesmerize their viewers. Immerse in the work of art, read on and see how each character is transformed by the encounter with a temple, a painting or a sculpture. A super model meets the Venus de Milo, a linguist is hypnotized by a Mayan pyramid, a conservator uncovers the mysteries of a great painting, which expose secrets about her own life. Many more masterpieces and the women they bewitch and bemuse are waiting as Gods and Girls envelopes the reader in tales where art, seduction and obsession appear in every guise.

Forthcoming. The first in the trilogy is Beauty’s Hero: The Story Behind the Tale of Sleeping Beauty.

The Beauty Tales Trilogy takes readers into the lost world of 17th century France to follow the epic journeys of Charles Perrault, the master of the classic fairy tales Sleeping Beauty, Cinderella and Little Red Riding Hood. In these legendary stories, Perrault explores charmed castles and forbidden forests, encountering heroes, villains, fair princesses and ferocious ogres at every turn. As a high ranking official of King Louis XIV’s spectacular court, Perrault took the rustic tales told by country folk and dressed them in the elegant clothing of the royal courtiers and fashionable Parisian society. Perrault’s tales were lightly veiled satires of the people he knew in exalted circles. To protect himself from any criticism or retribution, he never used his own name as author, instead publishing the fairy tales under a pen name, Mother Goose. Each book in The Beauty Tales Trilogy will reveal the cast of characters and legendary places, both real and imagined, that inspired each of Perrault’s tales. 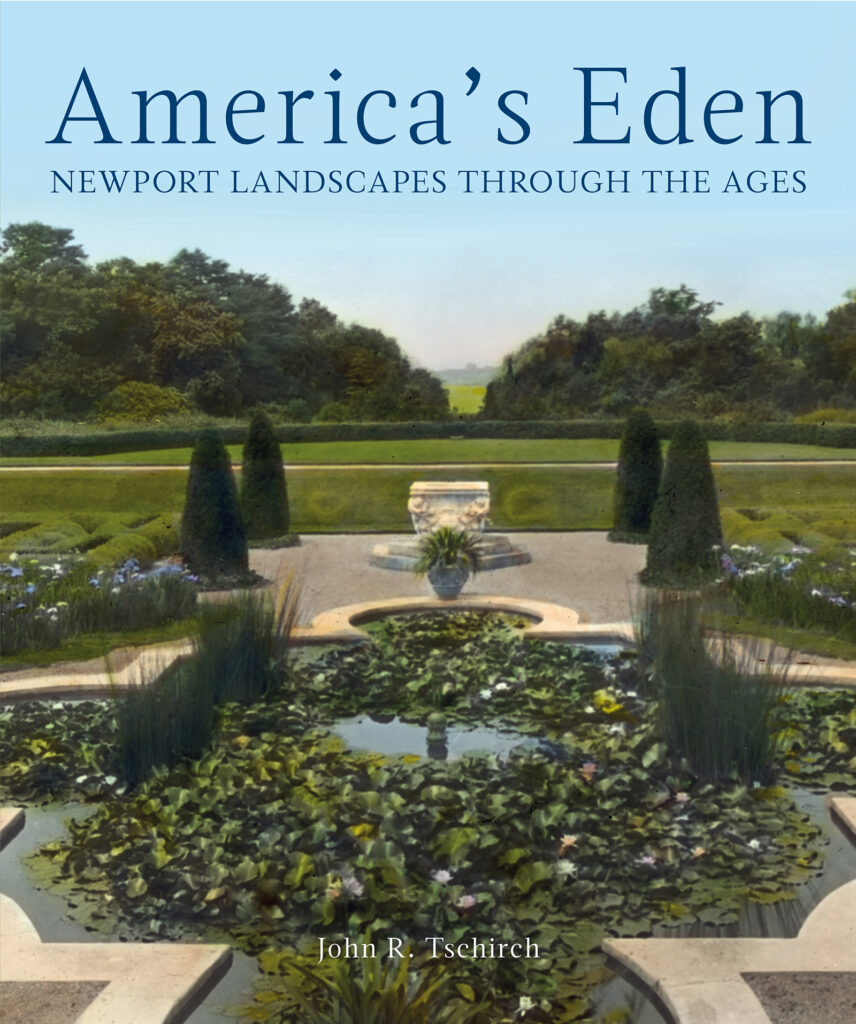 This landmark publication builds on Newport, Rhode Island’s iconic reputation as a centuries-old paradise, and establishes the city as a cultural landscape of national significance. The comprehensive history from European settlement to the present day is illustrated by a treasure trove of rare period maps, paintings and photographs by prominent artists, and drawings and sketches by leading designers.  The book serves as a critical resource guide encompassing landscape architecture, fine art, tree and plant propagation, and the conservation of natural sites. A rich story of art, history, design and horticulture awaits readers among the gardens, gazebos and trees of Newport.

Newport: The Artful City (2020)
Winner of the Victorian Society of America 2021 Book Award

Ranked by Amazon as the #1 New Release in Historical Geography, November 2020

This is a richly illustrated portrait of Newport, Rhode Island as a work of urban art, from colonial times to the present, both documented and celebrated in the maps, paintings, photographs, poetry and prose of renowned artists and writers. As one of the most historically intact cities in North America, Newport has a cultural and architectural heritage of national significance.  Stately Colonial squares and bustling wharves, picturesque Victorian villas and scenic drives, opulent Gilded Age palaces for the few and electric streetcars for the many, and preservation movements to honor the past and modernist schemes for a metropolis of the future all tell stories of urban beauty and controversy, of eras of lavish building, urban decay and extraordinary revival.

For more details and to purchase, visit: https://shopnewporthistory.myshopify.com/products/newport-the-artful-city

Also available at Amazon under “Newport: The Artful City”

My career as an architectural historian, working in the preservation and interpretation of historic sites, has produced several articles written by me or featuring my work devoted to landmark buildings, landscapes and the stories of the people who inhabited these places.

Mapping the Newport Experience: A History of the City’s Urban Development

Lend Me Your Ears

Food and Cultural Identity in a Crisis

Eden of America: The Landscape Heritage of Newport, Rhode Island

Next for Newport Preservation: Gilded-Age Beeches

The Scullery Maid Behind the Brocade at Mansion Museums

John Tschirch: Newport as a Model for Urban Living