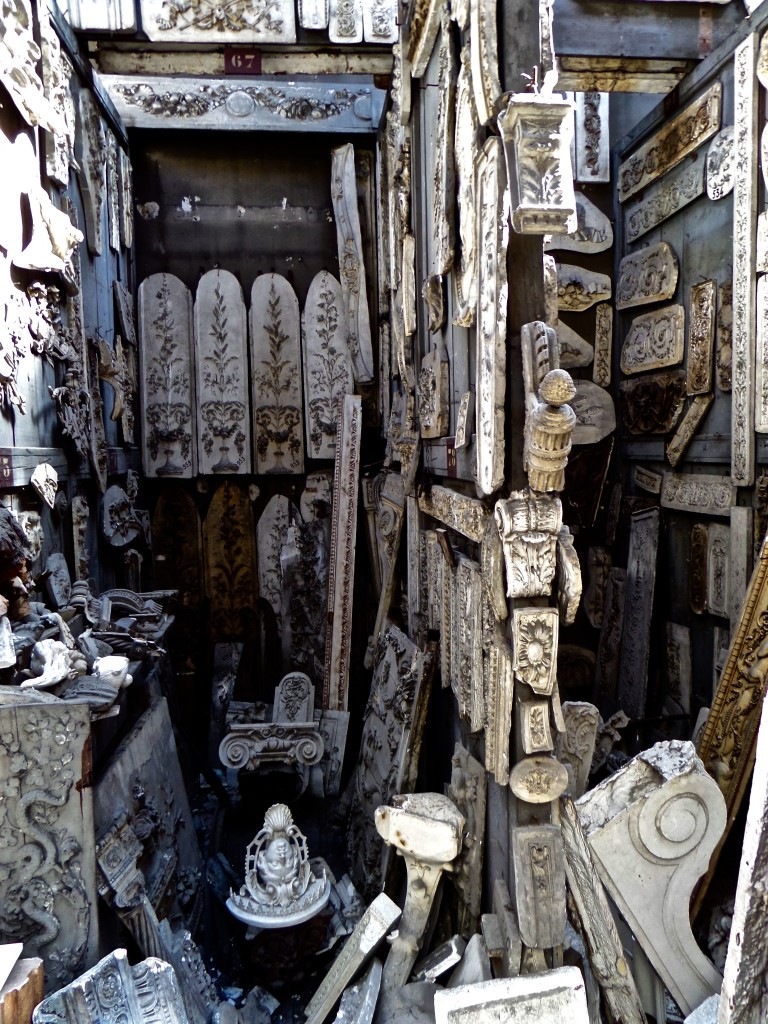 Classical ornament. The refined elements of design that depend on exact proportion and scale, gifts to us from the ancients. The adornment of Greek and Roman temples as part of a well developed system of classical “orders” has made a profound effect on the Western European artistic tradition. During the Italian Renaissance, the classical treasury of ornament reappeared with the inclusion of decorative borders in architecture. Dentils, egg and dart motif, beaded moldings and acanthus leaves were rediscovered and reapplied to buildings, then to furniture, picture frames, silver and every other form of art. Scale and proportion are essential in the correct use of classical ornament in order for it to enhance the forms that it adorns. The following photographs were taken during a visit to a long established woodworking studio in Paris specializing in 18th century paneling, both its preservation and reproduction. 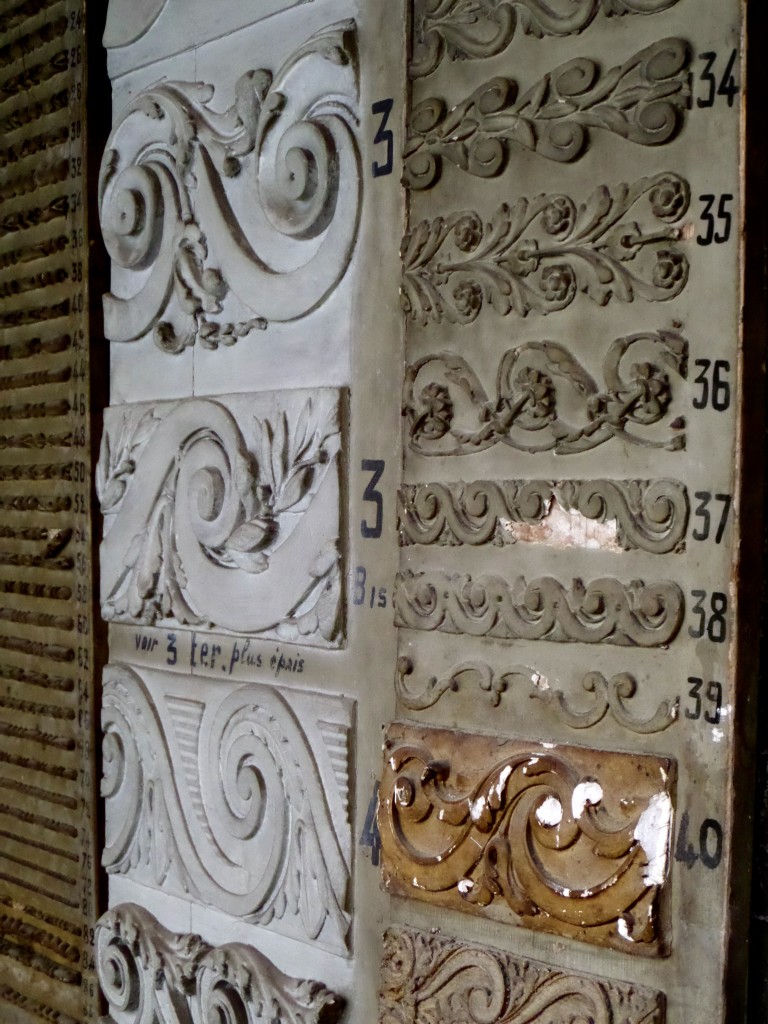 THE MODELS OF WAVE PATTERNS ON THE LEFT AND THE LEAF MOTIFS ON THE RIGHT ARE NUMBERED IN ORDER THAT A DESIGNER COULD SELECT THE ORNAMENT IN A SCALE APPROPRIATE TO THEIR RESPECTIVE PROJECT. THESE MODELS ARE IN THE NEO-CLASSICAL STYLE, BASED ON ANCIENT GREEK AND ROMAN SOURCES, WHICH DOMINATED DESIGN DURING THE LAST HALF OF THE 18TH CENTURY. PHOTO: JOHN TSCHIRCH

DETAIL OF DENTILS, THE TEETHLIKE FEATURES ALONG THE CORNICE, AND CLASSICAL GARLANDS IN THE UPPER WALLS OF THE BELVEDERE IN THE GARDENS OF THE PETIT TRIANON, VERSAILLES. DESIGNED BY RICHARD MIQUE FOR QUEEN MARIE ANTOINETTE IN THE 1780S. PHOTO: JOHN TSCHIRCH

PHOTOS BY JOHN TSCHIRCH: TO SEE MORE OF MY WORK, SCROLL TO THE BOTTOM OF THIS PAGE AND CLICK ON “PHOTOGRAPHY.”